Fresco on majolica on ecology theme "Culture in formation" 2014-2015

Conceived by Angela Campanile, and realized with the participants of the Creative Workshops of the Centre Communal d'Action Sociale de Besançon - France.

The ceramic project on ecology theme "Culture en FORMaCTION" is a collective work inspired by the theme of family farming.

The project was funded for the first time in September 2014 by the Centre Communal d'Action Sociale de Besançon.

With the aim of being presented during the International Solidarity Week in Besançon in November.

On 15 and 16 November 2014, the majolica fresco was exhibited in Besançon on the Esplanade des droits de l'homme.

In the same week it was also exhibited in the maison de quartier Grette et Butte of Besançon.

The project was certainly successful, because the Centre Communal d'Action Sociale de Besançon decided to refinance the collective work.

But this time with the aim of expanding it, and probably installing it.

So in January 2015, for all the participants in the Creative Workshops who wish to do so, there is the realization of a new part of the collective work.

The new project will also include the search for words referring to ecology and the theme of family farming.

The words have been engraved on parts of the fresco, they will remain in time, like all the collective work, the testimony of the thought of all participants in the project.

In conclusion, the majolica fresco was finished in June 2015, it has grown ... because it measures 250 x120 cm, but it is waiting to "marry" its wall to continue its adventure.

CCAS creative workshops create a ceramic mural. Besançon: a fresco thanks to the CCAS C. Schulbaum / D. Colle Published on 10/11/2014 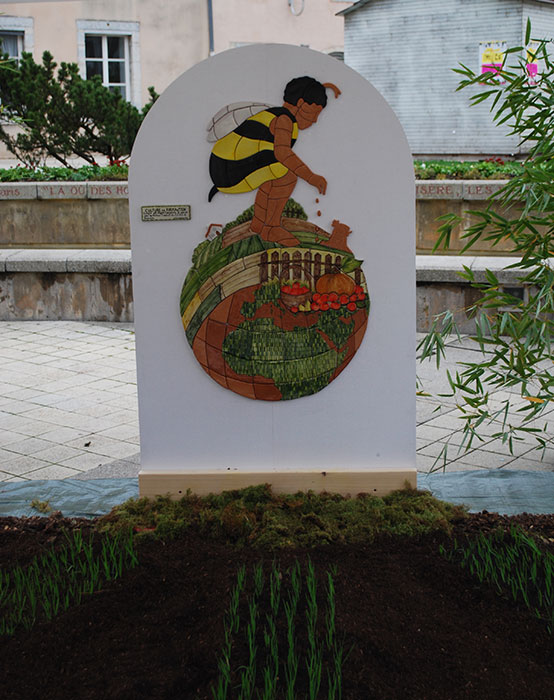 First part of the collective work presented on 15 and 16 November 2014, on the occasion of the International Solidarity Week in Besançon, on the Esplanade des droits de l'homme. 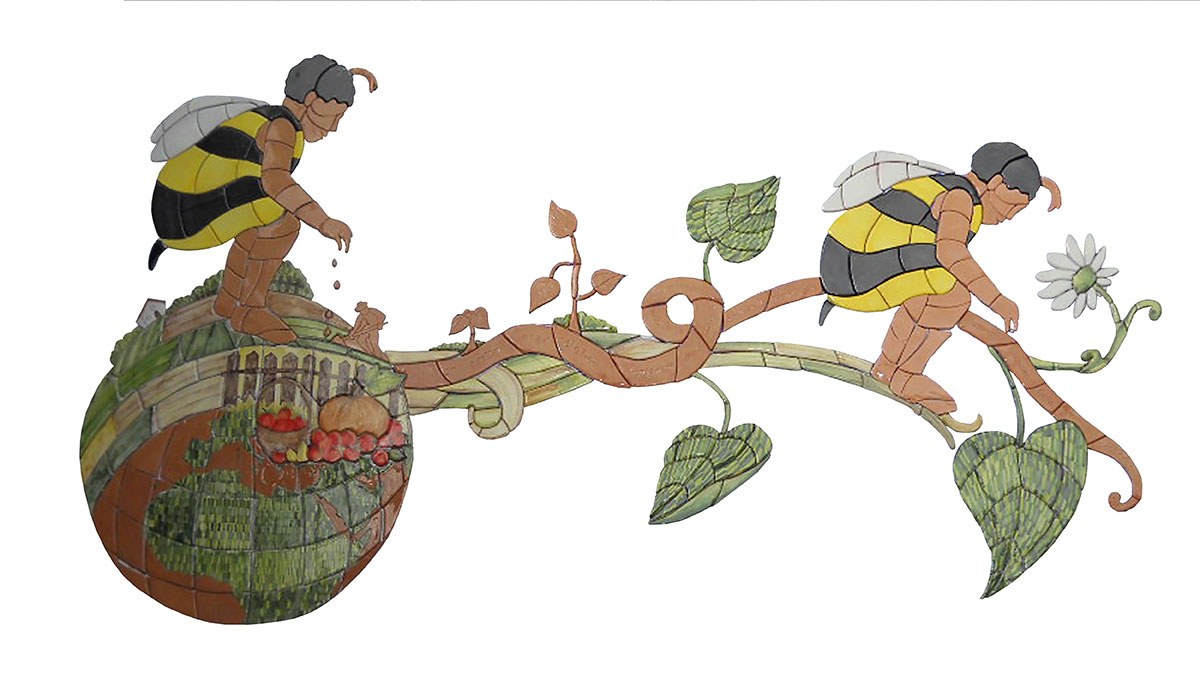 Conceived by Angela Campanile and realized with the participants of the Creative Workshops of the CCAS of Besançon.